Join us this Friday, we will have open 4 wines,
A white and a red biodynamic from Portugal
A white organic white from Loire Valley, France
And a Spanish Garnacha organic red grape from Andalucia, Spain!

Portugal’s first certified Biodynamic winery. In this old land of steep slopes and small valleys, located between the mountain ranges of Estrela and Caramulo, the Cister monks built the monastery of St. Pedro de Mouraz in the 12th century, giving rise to the farming of vineyards in this region. The land has changed little save the original farming practices, swallowed by industrialization. Antonio Lopes Ribiero and Sara Dionisio have brought them back: they inherited the vines through several generations, but converted it to the first certified organic vineyard of the Dão in 2000. They have since converted entirely to biodynamic farming. The need to keep this family home healthy for the coming generations moved them home from careers in the London art world. With the intent to use local varieties to the best of their terroir expression, the couple concentrates their creative efforts in respect to the cycles of nature. They farm thirteen hectares of various grapes (five red, four white), which is divided into ten parcels due to differences in soil (granite to clay), altitude (140 to 400 meters) and surroundings (chestnut, oak and pine trees). New plantings vie alongside nearly 50 year old vines. Documentation shows that the parcels are the same ones which were used as long ago as the 16th century! The cellar uses the best of modern technology but with traditional methods applied first, and is located in a stone house cut from the very rock beneath them. Gentle pressings, natural yeast starters, long lees contact in the wine and minimal handling otherwise are the time-honored practices. Stainless steel tanks with temperature control and pneumatic presses enhance the prospects. The results are clear: pure expressions of the older grape vines, with distinct transparency to the terroir they have grown up on, while still fresh and pleasurable enough to drink young and often. Antonio and Sara are a dynamic team, active in promoting the spread of their philosophies to neighboring vignerons. The more they press, the better their wine, and the wines of Portugal as a whole, will be! We think the monks would be happy, too.
From old vines, with mixed and simultaneously fermented grape varieties. A striking wine in the purest tradition of Dão, including about 15 different varieties. Great body, great structure and acidity to the point. The perfect balance, so characteristic of the region.

From old vines (50 years+) planted on 8ha. All grapes are hand-harvested in the second week of September, de-stemmed, with no time on skins and spontaneous fermentation last 2 months with indigenous yeasts. The wine spends approximately 3 months on lees and is aged for 9 months. Filtered. 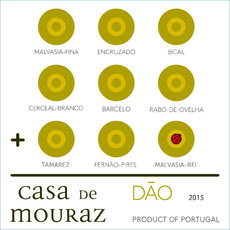 Jeremie and Claire Batard-Langelier are third generation winemakers working with Jeremie’s parents with the desire to elevate their appellation. Located just southeast of Nantes, in the commune of Maisdon sur Sevre, in Muscadet Sevre et Maine between Vertou and Clisson, the vineyards cover approximately 24 hectares are planted upon various soils: sandy loam, gabbros, gneiss and biotite granite. About 95% of their vines (averaging 40 years) are Melon de Bourgogne with the rest made up of Merlot and Cabernet Franc, all trained in “guyot Nantais”, a local style of vine training.
The estate was created in 1910 by Denis Batard and then in 1982 his son Pascal took over seeking to express the essence of Muscadet. Pascal continued the Nantaise tradition he learned from his father Denis and aware of the growing fragility of the biodiversity turned to lutte raisonee and abandoned chemical fertilizers in 1995. In 2009 Jeremie, after traveling the world, returned to the vineyards with a newfound source of passion. Along with this wife Claire Langelier, who is not from the region, they work the entire estate from vineyard to trade. Claire contributes a unique outsiders perspective, helping to pull Muscadet out of it’s box and to express it’s unique terroir. In 2014 the estate was in their first year of conversion to organic farming.
The wine making is traditional: light pressing, debourbages and fermentations in underground cement vats typical of the region. The wines are aged on the lees over long periods of time, adapted to each parcel in order to obtain an optimal expression of the different parcels.
Hand-harvested from a variety of parcels planted in metamorphic rocks. The grapes were lightly pressed and then allowed to settle, followed by fermentation with temperature control. The wine is then racked on fine lees with battonage and aged on lees for 7 months. 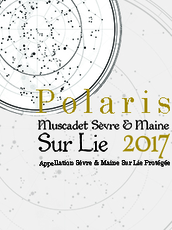 All grapes average between 15-85 years of age, and are planted on 12ha of granite and clay soils. The grapes are hand harvested in mid-late September, de-stemmed and spend the entire time on skins (fermentation through aging; 2-3 years) during spontaneous fermentation, which occurs in stainless steel tanks for 1-2 weeks with indigenous yeasts. Aged in stainless steel tank and oak barrels of 500L (not new and only 20% is aged in oak).

Lot of many grape varieties from assorted vineyard plots of different ages, heights and exposures. Aromas of forest and pine needles … a true blend of Dão! 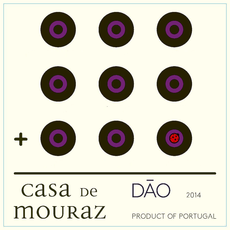 This is the name of the “Negoce” business run by Vinos Auténticos and vinified in the premises of the family Valenzuela (Bodega Barranco Oscuro). The wines under this name are those made with grapes bought by winegrowers whose vineyards are situated in the mountain range “Sierra de La Contraviesa”. As these are a wines made out of the Appellation (Denominación de Origen), it is not allowed to say in the label the name of the area where they come from: “La Contraviesa” and that is why there is a word-game and the wines are called “La Traviesa” which means “Naughty”. The image in the label is from an old film called “Naughty Marietta”.

The grapes are aged for one year in French Oak Barrels. Vinification: hand harvested, destemed, 3-5 days maceration and pressed. Fermentation during 20-30 days in inox. 2900 bottles are produced for the year. Practicing Organic. 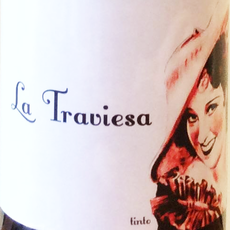