Yep! We go to October and we will be start with “The Local Spirit Tasting on Saturdays”!
But first on Friday we will open 4 wines, a delicious white blend from Oregon and 3 reds from Argentina, Italy and Spain.

On Saturday, we will have a visit from Forthave distillery from Brooklyn!!
They will show their aperitif to enjoy before dinner or your Negroni cocktail and a Amaro for after dinner, or your fabulous cocktail!

See below for full description:

Grapes: Riesling, Gewürztraminer, Sauvignon Blanc, and Muscat
Geography: Oregon, United States
Appellation: Elkton
Ovum Wines is a quest to discover the terroir of the Pacific Northwest, possibly uncovering an expression of place, using naturally produced white wines as a conduit. Based in Newberg, Oregon, husband and wife team John House and Ksenija Kostic focus solely on white wines, as they feel they are a better conduit for terroir than red wines. Their quest continues to uncover old vines of Riesling, Gewurztraminer and Muscat, often in unexpected regions of Southern Oregon. Rather than playing it safe with a formulaic method of winemaking, House and Kostic take great risks to allow each wine to speak distinctively of its terroir and its vintage. The winemaking itself is an homage to the past, making use of neutral barrels and concrete eggs for fermentation and ageing, and allowing spontaneous, wild yeast fermentations, sometimes lingering for months. The resulting wines are mineral driven, with rich, multi-layered textures and flavors. 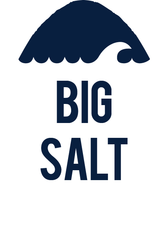 In 1995 Alberto Antonini, a well-known Tuscan winemaker, and Antonio Morescalchi, a young entrepreneur, took a trip to visit the burgeoning wine areas of South America. It only took one stop to find what they were looking for. They were immediately impressed by the vineyards thriving in the high altitude and dry climate of Mendoza, and were captivated by the whispered traditions and blend of cultures.

They purchased 206 hectares (530 acres) in the rural township of Lujan de Cuyo for the future Estate of Altos Las Hormigas. When the vineyards were planted in 1996 workers faced a stiff altercation with the local ant colonies. The ants loved to feed on the tender sprouts of our newly-planted young vines, often reducing months of man labor to nothing, all in a single night. The workers refused to poison the ants and started looking for natural ways to deflect their attention. During this time they commented that the ants were the “real” owners of the place and seemed to cover enormous ground and accomplish great tasks despite their miniscule size. In Argentina they have saying: “un trabajo de hormigas” or “a job for ants” which describes a humble, patient, and dedicated work. They decided to name our venture after the hard-working, team-playing hormiga, which is emblematic of our history and has become a symbol of good luck.

VINEYARD
Grapes come mainly from vineyards in Luján de Cuyo and Medrano in a smaller percentage. The region has a semi-desert climate with hot days and cool nights. They choose fresh soils, with good water drainage and a fine silt-sandy texture. These soils allow a deep development of the roots, since their water retention capacity is great for the roots to expand and give the plants a better ability to resist heat waves, which are common during the summer in Mendoza. In this climate we avoid soils with abundant superficial gravels, which increase the warming effect around the vine and might shorten the ripening season.

WINEMAKING
A blend of Malbec, Bonarda and Semillon grapes, harvested by hand. Careful, double sorting process, before fermentation. Malbec and Semillon grapes are co-fermented, while Bonarda is vinified separately before the final blend. Fermentation takes place in separate stainless steel tanks, at a temperature between 24-28°C, for 10 days. Only indigenous yeasts are involved in the process. Each tank is tasted three times a day to determine what is needed. The wine is then aged for a minimum of 9 months in concrete vats. No oak aging.

TASTING NOTES
Their continuous search for the expression of Mendoza’s true identity in our wines has led us to elaborate, for the first time, a blend of three grapes: Malbec, Bonarda and Semillon. These three varieties are recognized by the Argentine wine community for their long history in the region and we believe they are now authentic Mendoza grapes.
This wine has a bright and attractive red color. On the nose, aromas of red fruits and spices prevail, but it also shows subtle citric notes, like fresh tangerine rind. The palate is round with a silky texture and concentrated flavors, an easy-to-drink wine. The finish is linear and refreshing, with a smooth and inviting acidity. This blend is a great pairing with Mediterranean cuisine, eggplant and tomato dishes; and it can also be enjoyed by itself. 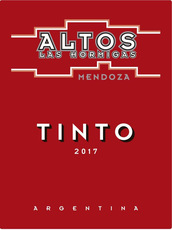 For over 4000 years grapes have been prospering on the Salentine Peninsula, thanks to the devoted attention, the loyalty and the intelligence of the wine-growers. Without this ever constant care – due to the concern man has always had for wine as a noble drink and a devine gift -without the perseverance and the love for the soil, much land would have remained waste and covered by forests as it was thousands of years ago. The Phoenicians, and later the Greek, followed by Basilian monks, gave the grape and wine a flourisch which has no equal in the cultivation of other plants. The Taurino family have always been wine – growers and the beart of their farm is the estate “Notarpanaro” which in the last century was known as “Notare Panaro”. In a legal deed dated November 22th, 1817 which concerned a change in tithes, one can read: “…the land Notare Panaro, part of the territory of Mesagne, is governed according to the tithe system. The tithe must be paid to the Most Exellent Family Mugnozza, and in their name Mrs. di Virgiliis changes the income of the foresaid one hundred and eighty – four and a half “tomoli”, into a monetary rent, just as prescribed in the royal decrees of June 20 th, 1808 and January 17th,1810 Mr. Longo was offered, in the name of the foresaid, thirty silverducats a year, to be paid on July 15th every year.For the landowners this rent is to be free from any deductions or levies already decreed or still to be decreed by the Sovereign…” The struggle to bring the soil from what was once a wild and abbandoned land under cultivation,the planing of wineyards, the loving care for the grapes, the choice of the grapes and the wine-marking,is due to the Taurino family which has dedicated all its zeal to preserving the traditional skills in the blending of the wines, even if today modern process have been introduced onto the premises,where the very best wines if the Salento are kept.In a few years,with the passionate interest of the ancient vintners,receptive to technological process and keeping fait with traditional standars of quality, the Taurino family has succeeded in making the red, rose’ and white wines of the Salento known and appreciated all over the world. These wines, which are of excellent quality include also those protected by the “certificate of controlled origin” granted to the lands where the “Brindisi” and “Salice Salentino” wines come from.
Notes
Ruby red in color with a very elegant bouquet of tobacco and licorice, Notarpanaro is rich and full-bodied offering delicious flavors of ripe red berries, pepper, anise and spice. With a complex texture framed by fine tannins. 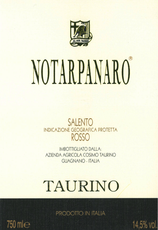 The elevation of the Heretat Mascorrubí vinyards, between 500 and 700 m, gives our wines their own personality, thanks to a balanced ripening of the grapes resulting from poor, rocky soil and the contrasts in temperature between day and night during the ripening season, creating an optimal concentration of aromas.

At Heretat Mascorrubí we maintain the original, head-pruned vines of the local Penedès region, mainly Montònega, a variety of Parellada grape found at high altitudes which has thicker skins and loose, small, pink fruits that make for more aromatic and fresh wines.

The origins of Mascorrubí date back to the the Knights Templar castle of Celma, founded in the twelfth century. From that time, the vineyard is part of our landscape.

Live and drink history in each glass of wine from this unique land; Mascorrubí’s wines are meant for sharing your experiences, on their own or paired with Mediterranean or exotic cuisine.

Notes
Blend of Sumoll and Red Grenache with large red color with violet hues and abundant tears. Is an aromatically intense and complex wine. Yo will notice the notes of red, pulp and citrus fruit (grapefruit, mandarin). Fresh and refreshing aromas of liquorice and menthol on a floral background. On its smelling background, you can see the memories of nuts, carob and cinnamon. In the mouth it has a silky entrance. The wine shows the freshness balanced with unctuousness and fat. Medium-structure wine with a sweet and ripe tannin. An updated traditional symphony 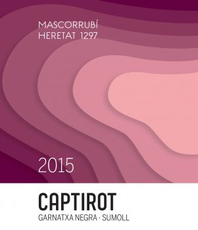 As legend has it, while the plague ravaged Europe in the 15th Century, a botanist named Richard Forthave created a popular herbal tonic as protection.

At Forthave Spirits, we believe in crafting spirits that are natural and delicious. They look towards history for inspiration for every one of their botanical spirits and approach every aspect of their production and supply chain with care.

A bittersweet aperitivo infused with 13 botanicals including orange, chamomile and rose. Perfect mixed with soda water or grapefruit juice, on the rocks with lime, or in a Negroni. 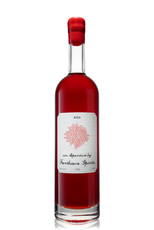 Based on the secret recipe of four medieval thieves. They were caught stealing from plague victims in Marseille. In exchange for clemency, they revealed their secret concoction. With notes of cinnamon, eucalyptus, and honey, this amaro can be enjoyed neat or in a variety of cocktails. 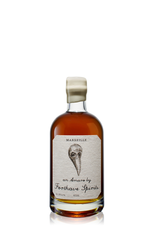 A fresh tasting, light-bodied American Dry Gin infused with 18 organically certified botanicals including juniper, grapefruit and mint. Unfiltered so it creates a pearlescent effect when poured over ice or when mixed with tonic. All natural, gluten free and hand crafted in small batches in Bedford-Stuyvesant, Brooklyn 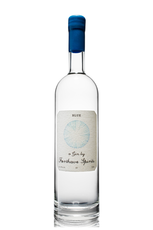