Visit us this weekend,
On Friday we will have open, a nice Fall white Riesling from Alsace, France and 3 reds, a Cabernet Sauvignon from Argentina, a Montepulciano from Italy and a Bordeaux Listrac-Medoc blend from France!
On Saturday, we will have a tasting from Still the one Distillery from Port Chester, NY!
We will sample Westchester Rye n.4 and 287 Single malt!
Tasting time: 6:00 to 9:00pm
See below for full tasting information:
Friday:

VINIFICATION :
The grapes are carefully selected and hand harvested. 7 months of fermentation, followed by an additional 7 months of aging in oak barrels. 5-6g/l of residual sugar.
PRODUCTION :
2,000 bottles
TASTING NOTES :
Pale golden yellow with green reflections. Beautiful aromas of fruits like yellow plum and pear, as well as yellow flowers and hints of minerality. The palate is well balanced, rich and has a beautiful freshness on the finish.
SERVING SUGGESTIONS :
Pairs very well with fish and poultry and is a great accompaniment to sauerkraut.
INTERESTING FACTS :
Ecocert (organic) certification since 1999 and biodynamic since 1997 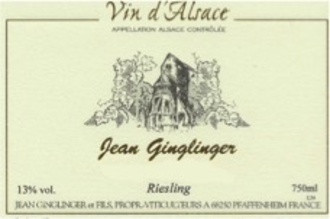 GRAPE VARIETIES
100% Cabernet Sauvignon
VINIFICATION :
In stainless steel tanks with daily pumpovers and a controlled temperature under 28 °. The maceration lasts between 8 and 12 days, depending on daily tastings. The Malolactic fermentation is spontaneous. 30% of the wine is aged between three and five months in oak barrels (half are French, half are American).
TASTING NOTES:
An rub red color. Aromas of red berry fruits, plums, and cherries and spicy notes. The palate is assertive with a medium body and pleasant tannins.
SERVING SUGGESTIONS:
Ideal with meats, cheeses, and heavily-sauced dishes. 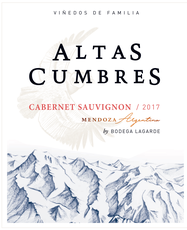 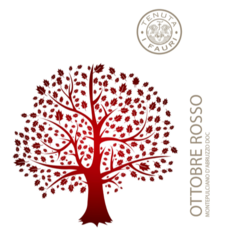 A beautiful Charter house nestled in the heart of a magnificent 3-hectare park, in the shadow of the bell tower of the old Roman church, Château Fourcas Hosten is situated in the centre of Listrac, a peaceful village in the eponymous appelation. In 1810, Mr Hosten, who inherited the vineyards from his father, a lawyer in Bordeaux, ceded the vineyards to the Saint Affrique family who created Château Fourcas Hosten and brought it international renown. Renaud and Laurent Mommeja have been the new owners since September 2006.

TERROIR
The property consists of a small château in a park in Listrac, where the vineyard soil is clay and limestone, and a gravel plot in Fourcas, a nearby hamlet.

VINIFICATION:
Tanks filled via semi-gravity flow / plots are vinified independently in 41 fermentation tanks (concrete and wooden) holding 25, 50, 80, 95, and 100 hl.
Maceration: between 21 and 28 days according to the quality of the crop within the tank. 2 new winepresses (one vertical and one horizontal). Fermentation: yeast-bacterial co-inoculation at an early stage: 50% of the crop is inoculated with malolactic bacteria 24 hours after it is put into tanks. Ageing: aged for 12 months in concrete & wooden tanks. Fined with egg white after the final blending
TASTING NOTES :
Ruby color and good density, the 2010 vintage presents a
Very rich & fruity nose. Very well-structures mouthfeel, fruits on the palate. 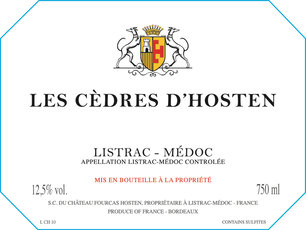 Still The One Distillery

Nestled along Port Chester, New York’s Byram River lies one of Westchester County’s best-kept secrets. For the better part of the last decade StilltheOne Distillery Two has been perfecting their craft turning out bespoke honey based vodka and gins as well as delivering incredible artisanal whiskeys. Drawing inspiration from their New York roots utilizing everything from locally farmed grains to collaborating with neighboring award-winning craft breweries. StilltheOne innovates and reinvents what a experiencing local independent spirits should be.

One summer afternoon, in a moment of clarity fueled by a pint of locally brewed Captain Lawrence beer, their master distiller asked himself a question; “Beer is made from grain, whiskey is made from grain…what if they made whiskey from beer made by a brewery?” When they brought the idea to Captain Lawrence’s owner, Scott Vacarro, he sent us thousands of gallons of his Freshchester Pale Ale to distill into whiskey and so 287 Single Malt Whiskey was born. Named after the highway that connects StilltheOne Distillery and the Captain Lawrence Brewery, 287 Single Malt Whiskey is carefully distilled to capture the nuance of the malted barley and then matured in new oak barrels.
On the nose it shows a load of citrus blossom, orange peel and is quite malty – even beery underneath. The powerful alcohol sensation is quieted with a splash of water and opens up with some sandalwood, clove and hops (not something you usually smell in a whiskey).
The palate is malt driven all the way. Caramel and charred oak flavors mask some of the edginess on the tongue. It’s still pretty harsh, but with some more time in barrel and bottle. 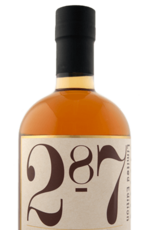 Still The One Distillery, No 4 Westchester Rye

Port Chester, the location of the distillery, is situated right next to the town of Rye, New York, so you know they had to make a rye whiskey. Westchester No. 4 Rye is made from New York State rye, especially grown for their. They use 100% rye so our spirit is a little bolder and spicier than most rye whiskies, but their innovative fermentation and distillation style makes it very smooth and approachable. The nose is a light floral with some spice. The taste starts with sweet vanilla and caramel notes, transitions to cinnamon and floral rye flavors and gives a long spicy, but not overwhelming, rye finish. They think it’s delicious and think you will too. 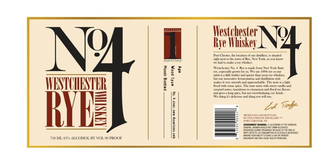