Join us for an other thrilling weekend tasting!
Friday we will be pouring 4 wines, a light and breezy white and an interesting red from Bordeaux, a nebbiolo from Piemonte and a robust super-Tuscan!

On Saturday we will have a special visit from The New York Distilling Company (Brooklyn).
We will be tasting their Rye, the American Gin and the Rock & Rye!

The story begins in 1789, when Jean Barthe establishes his vineyard in Naujan et Postiac, an undulating land of the Entre-Deux-Mers in the Bordeaux region. For seven generations, the vines are handed down from father to son: from Jean to Pierre, from Pierre to Marcel,…
In 1992, Véronique Barthe, first girl in the family since the French Revolution, inherits the family estate. She puts all her passion and energy to give it a new start, adding her personal feminine touch to this demanding challenge. The taking over seems to be ensured by now, since Pierrick, Manon and Célia (8, 6 and 3) already share with their parents this passion for the vineyards! A vineyard in the Bordeaux Region.
The Ph. Barthe vineyards cover 75 Hectares located at the heart of the Entre-Deux-Mers, in the municipalities of Targon, Faleyras, Daignac and Espiet.
The plots are planted on limestone-clay hilltops, key to an exceptional terroir, with undulating landscape, full of softness, balance and roundness.

The ambition of the Ph. Barthe vineyards is to produce high quality wines. To do so, Véronique Barthe decides to raise the density of planting and control the yield of the vines. Concerned by the respect of the environment, she decided to use “la culture raisonnée” (ecologically friendly viticulture) with reduction of phyto-sanitary products and effluent’s treatment. A passion, a tradition, a lot of motivation… Véronique Barthe and her team are eager to share their Emotions.

Notes
Citrus fruit on the palate with a drip dry finish. Light and breezy, with lemon peel, thyme and mâche notes….

Wine has been produced at Château Lyonnat for centuries. From generation to generation, the techniques used by the resident viticultural team have been refined to maximize the terroir. The vineyard is 79 acres, planted 90% to Merlot and 10% to Cabernet Sauvignon, and blessed with a southern exposure and a soil rich in limestone. Other factors that contribute to the quality of the vineyard include several parcels of very old vines, and yield reduction techniques such as severe winter pruning and green harvesting in the summer and hand harvesting for much of the vineyard.

The 2015 Château Lyonnat is a brilliant blend of 85% Merlot and 15% Cabernet Sauvignon, aged 18 months in new barrels. It offers loads of chalky minerality to go with classic Merlot dark fruits, dried earth, and graphite aromas and flavors. 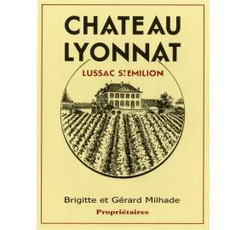 An important, long-lived wine with garnet red color and orange reflections. The aroma is very intense, fruity with regal notes of cherries, prunes and violets.

The taste is fully harmonic and pleasantly tannic

Petra located in Suvereto in Maremma Tuscany, is a project started by Vittorio Moretti alonside his daughter Francesca.

The sea brings the Libeccio wind to Petra, silently distributing its salt to the hills. It oxidises the iron and reddens the soil, crushes the fallen branches that return to the ground, which is tinged with black. The cork oaks that give their name to Suvereto are born and live while the sky illuminates the men as they work and warms a land rich in fruit, flowers and wheat, enriching the grapes from which men produce wine.

The mechanical impact on the grapes and the must can only be minimal. The production cycle is modern and functional but never strays from tradition, and the gravity-based production process is an integral part. The land suggests, speaks, offers advice on how to produce the most expressive wine and the vines are the most suitable for Petra’s microclimate. Wines that rest and mature, firstly in barriques and then in bottles, for a long time. Protected by the sky, soothed by the sun, reawakened by the wind, cradled by the silence of the hill, from which the sweet, barely audible songs of birds in flight rise up.

The “suvere”, the majestic oaks that produce cork, look on, together with the olive groves, in this Maquis shrubland scenario. Innumerable landscapes, a myriad of soils, a series of different microclimates in an ever-changing setting that produces differences. And it is the difference of this hardy soil that produces the authentic wines of Petra, a natural evolution that undergoes no manipulation. From the vines to the bottle, the principle of gravity is behind the slow movement that starts high up in Petra and gradually works downwards, as represented by the three circles on the label: sky-man-earth.

The precision of a technology that is primarily sensibility, tradition is immediately a modern criterion. A creative process. The bunch ends up in the basket, the grapes – up above, at the back of the cellar – begin their transformation. Separated from the stalk, the grapes slowly fall into the maceration and fermentation vats, in an atmosphere where natural light always dominates. Next are the ageing tunnels and then, lower down, in the heart of the hill, the collection and storage of the end product, the quintessence, the sprit in tangible form. Wine. 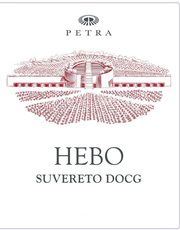 In an age of restless brilliance, Dorothy Parker was a singular sensation.  A new Yorker at heart, her national celebrity sprang from her sharp, biting humor and widely quoted quips.  Regularly seated at the famed Algonquin Round Table, she occupied the city’s cultural and intellectual center stage.  An iconic enthusiast of gin and an unconventional woman, no one could have been a more interesting drinking companion.  Dorothy Parker American Gin  – a blend of traditional and contemporary botanicals including juniper and elderberries, citrus, cinnamon, and hibiscus – is as delicious in a Gin & Tonic as it is in a Gin Daisy. 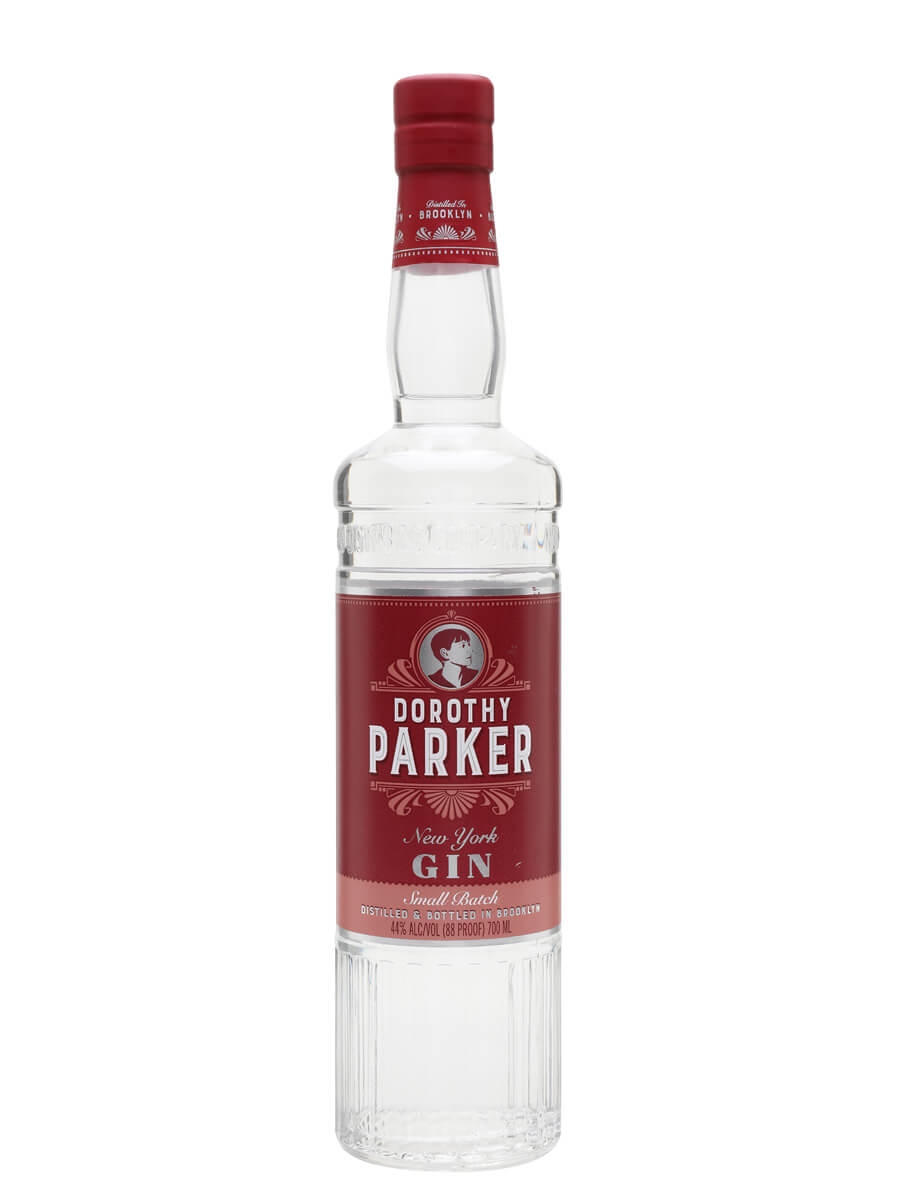 At the dawn of a new century, before the turbulence of Prohibition, the stalwarts of saloons and brothels alike were Ragtime and Rye. The syncopated rhythms of a uniquely American music were punctuated by well-built melody and shades of harmony; to ask for a whiskey cocktail meant a hearty Rye in hand – bold, slightly spicy and full of warm flavor. From Lincoln to the Dust Bowl, the wrath of battle to the backyard barbecue, Rye Whiskey has waxed and waned like amber waves of grain, its popularity, only recently, reclaimed as a resolute American spirit.

Distilled from rye proudly grown in New York State, this uncompromising whiskey is aged exclusively in full-size barrels to ensure robust flavor and nuanced finish. If the destiny of nations depends on cultural nourishment then ours may rest, in fulfillment, with Ragtime and Rye.

Mister Katz grew up on the B&O railroad, spitting distance from the old Hannisville Distillery. In the days, before Prohibition there was all manner of entertainment to keep a young man’s fancy: the ponies, chewing tobacco, malts at the drugstore, and an evening’s treat of Rock & Rye.
An American classic, authentic Rock & Rye could once be found on the back bar of most noteworthy establishments. Over a century later we proudly present Mister Katz’s Rock & Rye. In service to the past and present, it marries our youthful rye whiskey and rock candy sugar with sour cherries, cinnamon, and a wisp of citrus. Enjoy it on its own or in a cocktail.