We will have a mix of wines open on Friday:
A Biodynamic white blend from a Volcanic soil from South of Italy
A light Gamay red from Loire Vally in France
A Cannonau red from Sardinia, Italy
And a red blend from the famous Priorat appellation in Catalonia, Spain!

On Saturday for our local spirit Fall series we will showcase Long Island Distillery!
We will pouring their Rough Rider Bourbon and their Potatoes Vodka!

San Salvatore is located in the midst of the Cilento National Park, near Paestum, Stio and Giungano, in the Campania region of southern Italy. For San Salvatore this land has become a space where a community has built, over the years, a collective product founded upon a delicate system of interactions among people, the physical environment, and the biological environment. Every product that was born inside this space is unique and receives a specifi c mark. This mountainous region has a high level of biodiversity and the soil is rich in minerals. The influence of the nearby sea and ideal sun exposure help to create an ideal microclimate for viticulture.Deeply committed to preserving the delicate balance of the land, San Salvatore takes a special interest in cultivating the vineyards without synthetic products or genetically modified organisms and uses biological processes and biodynamic preparations like horndung that favor the natural fertility of the ground and the production of humus. Vines are also protected from pest and disease with the careful use of copper and sulphur.All of San Salvatores fertilizers are created in-house using natural methods. For example, fertilizers are developed in an integrated biodynamic cycle of complete recovery of the dung of the locally fed water buff aloes that live on the property. The animals naturally combine straw and manure with their clogs and encourage the production of a healthy and highly nourishing organic fertilizer. San Salvatore also has a photovoltaic plant with an electrical power of 96KW that reduces CO2 pollution.

A blend of local and indigenous grapes: Fiano, Greco and Falangina. After soft pressing of the grapes, fermentation takes place in stainless steel where the wine then rests for 8 months before bottling. Palinuro is named after the coastal town in Campania of the same name. 833 cases produced.

A collaboration with Rodolphe & Ludivine Marteau and Vincent Leclair – both fourth generation families in Touraine. The Marteaus took over their family’s estate in 2010 which is a 29 hectare property is located on South bank of the river Cher, on siliceousargilo (clay and flint) soils. Vincent assumed leadership in 2014 at his family’s 45 hectare estate in Pouillé, in the Cher Valley.

These vines average 30 years in age and are meticulously tended by the family. Short-cane pruning, selective ploughing, spring de-budding, deleafing, grass cover throughout the vineyard and green harvest practices all lend to limited yields and best quality fruit at harvest.

The nose offers an intense “fruit basket” dominated by citrus scents with a note of blackcurrant bud. In the mouth, all is suppleness and elegance. The final spicy note emphasizes the freshness and the generous length of this Touraine Sauvignon. 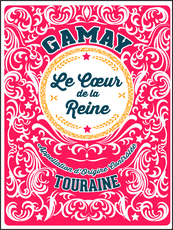 In 1950, with the first harvest, Pala began his adventure with wine amongst the rolling, vine-covered hills of Serdiana, an idyllic village located in southern Sardinia. With mild winters and warm, dry summers, this part of Italys second largest island is ideal for grape growing, with all the traditional varietals finding a special home here. Under the guidance of Mario Pala, the winery continues to be family-owned, where the value of tradition and the innovation of modern techniques are both significant facets of the winemaking process. Pala owns six different vineyard areas with a total of 68 hectares currently under vine. Each vineyard is planted with varietals that are chosen according to the microclimate and soil type of the individual site. A deep respect for tradition, special care and devotion to the vines and finally the production of great wines, have always been the fundamental philosophy of Pala. This dedication has resulted in wines of great character and elegance that are enjoyed by wine lovers around the world.Pala practices organic farming in the vineyard and does not use chemical pesticides.

Cannonau has been growing in Sardinia since the Neolithic period and is one of the most widely planted varietals on the island. Recent studies indicate that Cannonau, a varietal rich in phenols, is the wine to drink for longevity. This is supported by the fact that Sardinia has one of the world’s largest populations of centenarians. Originally called Triente, Pala’s Cannonau has been renamed i Fiori (the flowers) in honor of Sardinia’s biodiversity. The flower on the label is an endemic plant of the island. After temperature-controlled fermentation, the wine spends 8 months in stainless steel and concrete tanks and then rests for 2-3 months in bottle before release.
Grape varieties :100% Cannonau
Altitude :150-180 m ASL
Vineyard age :40 years old
Grape yield :80 ql/ha
Exposure :Northwest/Southwest
Soil :S’Acquasassa vineyard: clay and gravel. Crabilis vineyard: limestone and clay soils at the base and middle of the hill and sandy soil with a higher gravel content towards the top. 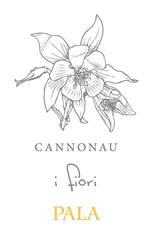 Terra Sanctus – sacred earth – refers to the rich religious history steeped in the culture of the area and the dramatic hillside vineyards from which we find the old vines of Garnatxa and Carinyena for Clos la Rae. The average vine age is 50 years, with some up to 80 years on unterraced margins. Soil is the classic llicorella slates with very low water retention, forcing the roots deep – as much as 30 meters – in search of water and nutrients.

PRIORAT || Viticulture has an ancient history in the Priorat, and winemaking dates to the 12th century, when monks founded the Carthusian Monastery of Scala Dei in 1194. The prior of Scala Dei ruled as a feudal lord over seven villages in the area, which gave rise to the name Priorat. The basis for the soils (called llicorella in Catalán) are reddish and black slate with small particles of mica, which reflects the sunlight and conserves heat. Vines are forced deep into the ground in search of water and nutrients, in many cases well over 30 meters.

Old vines of Carinyena and Garnatxa on the high elevation, unterraced hillsides outside of Porrera facing north and east. The younger vine Syrah is the planted in the lowlands. Primary and malolactic fermentations in temperature controlled vats followed by 14-16 months in French Allier oak barrels (225l & 500l). 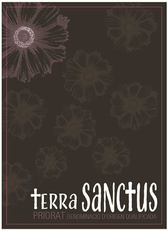 Long Island Spirits is the first distillery on the Island since the 1800’s. Surrounded by over 5,000 acres of potato farms, the distillery is located on the North Fork of Long Island, in the heart of the acclaimed wine region. The distillery is rich in history and tradition, dating back to the early 1900’s.

The beautifully restored barn that is today home to Long Island Spirits Craft Distillery was originally constructed by brothers Henry and John Columbus in the early 1900’s. Long Island Spirits spent all of 2007 retrofitting and modernizing the interior of the barn to be a state-of-the-art Craft Distillery. The barn retains a lot of its original character including its very impressive post-and-beam construction.

The magic then begins as the Bourbon takes on a new character and goes through a second maturation in our Reserve Aging process in casks formerly housing Merlot and Chardonnay from renowned Long Island wine estates. These casks are washed with high proof aged Brandy before introducing the Bourbon.

The result is a fine sturdy backbone with a hint of fresh juice, blackberry and currant, along with caramel and burnt sugar with a heady heat on the finish.

This is a smaller varietal potato about 2 inches in diameter, that contributes more skin to fruit, adding to the vodka’s richness of flavor and viscosity.

LiV is a naturally gluten free spirit of exceptional quality. It has been embraced by the world’s foremost mixologists who appreciate the distinctive vanilla nose, creamy mouth feel with vanilla, banana, and citrus flavors with just enough fire on the finish.