Get ready for a fun long weekend to kick off Summer!

It’s going to be a sunny one!
We will have 4 wines to taste on Friday, choose which ones you want for the beach or barbecue.
A white blend from Valencia, Spain
A French rosé and a Finger Lakes region rosé
And a red blend from Sardinia, Italy!

See below for full tasting information:

In the late 1990’s, Toni Sarrion began a one man crusade to save the indigenous variety Bobal and coax it from obscurity and rusticity to the forefront of truly world class wines. Ever evolving and pushing the quality level forward, Mustiguillo has moved away from the use of overt American oak as seen in earlier vintages in favor of concrete and French oak for wines of finesse & balance, realizing the potential of Bobal from the unique terroir of El Terrerazo. Mustiguillo was recognized for their extraordinary efforts by Wine & Spirits as one of the Top 100 Wineries of 2012.

65% Merseguera, 24% Viognier & 11% Malvasia. From the almost lost indigenous variety, Merseguera, these estate vines are grown organically at Finca Calvestra, at over 900 meters altitude. These vines were grafted onto existing Bobal vines (of over 40 years) where the Bobal could not reach maturity due to the altitude. Native yeast fermentation in tank and aged sur lies in stainless steel. The Viognier is immediately apparent on the nose with apricot, tropical fruit and honey while underlying notes of white peach, scented flowers and citrus hints creep in from the Merseguera. The tightwire balancing act between the fleshy Viognier & Malvasia and taut Merseguera brings a fresh, fruity and floral attack to the unctuous mid palate that is kept in check by bracing acidity. Truly one of a kind, Mestizaje shows its unique personality is this pleasant, crispy. 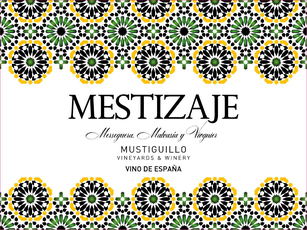 While traversing along the Mediterranean Sea, through the bucolic communes of Sommières, Salinelles, Aspères, Campagne, Garrigues, Lecques and Fontanès in the south of France, the Valkyrie team happened upon a few wines that exemplified our vision. These are wines to be enjoyed on any occasion – as a perfect complement to an array of foods, moods and company. Simple, straightforward and fun, Milou is the ultimate crowd pleaser.

The plots selected for MILOU Rose are extremely arid with limestone, pebbly soils and some red clay with silex. Many of the plots are older vines (50+ years) and the Syrah is farmed organically from the “Les Cistes” vineyards named for the old cistern nearby.Traditional vinification and elevage. After harvest, the grapes are destemmed and vinified by direct press in temperature controlled stainless steel tanks. 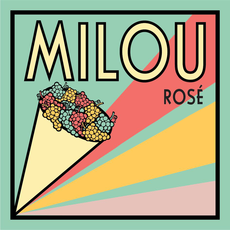 Ben Riccardi, 33, is a young winemaker in the Finger Lakes region of New York. Since 2014 he has invested his life savings into French oak barrels, purchasing the best chardonnay he could afford and renting a small space in a winemaking facility that allowed him to borrow their equipment. Although Ben is from the Finger Lakes, he has been constructing a 200-case production remotely for three years while his day job was at Williams Seylem in Sonoma County, California. As of 2017, he moved back home to work full-time at Osmote and has already raised his production to 500 cases. A degree earned in oenology at Cornell University paired with several vintages spent in New Zealand and the south of France; Ben is looking to acquire a plot of land to build a winery and plant vines to farm organically.

Ben sources many of his grapes from vineyards grown around Seneca Lake, the the largest, deepest Finger Lake and the crown jewel of New York State’s premier cool climate region. Here viticulture exists on the edge of possibility. Even though winter lows are often sub-zero across upstate New York, this lake over 600ft deep never freezes and the warmth of the water keeps the vines alive through the frozen months. Vines thrive in sedimentary soils set on the steep shale stone slopes banks of the lake.

A blend of two vineyard selections. Patrician Verona Vineyard- West side of Cayuga Lake. Unknown Cabernet Franc clones planted in the 1980s on soils of Cazenovia silt loam. Sawmill Creek Vineyard- Steep hillside planting on the east side of Seneca Lake. Vines planted north-south on Lansing gravelly silt loam soils. Both soil types are a combination of both limestone and shale parent material and have great depth for deep rooting potential
Patrician Verona Vineyard fruit picked specifically for racy acidity as a rose and was destemmed then gently pressed whole berry. Juice was cold settled and racked into a stainless steel tank before natural fermentation began. Sawmill Creek Vineyard fruit was picked for the production of red wine. The rose portion was saignee drawn from the fermenters at a rate of 20 gals/ton, after 24 hours of skin contact. The saignee was incorporated right away to the Patrician Verona Vineyard lot. After signs of fermentation, 15% of the must was moved to finish ferment in neutral white barrels.
Long, slow fermentation that extended into February, whereafter wine was recombined in a stainless steel tank and cold settled. No fining but filtered prior to bottling. Bottled March 28,
Grape varieties : Cabernet Franc
Vineyard age : 10-30 years old
Exposure : East, West
Soil : Limestone and Shale
Alcohol : 12.8%
Tasting notes : Salmon colored wine. Aromas of cherry and frutti di bosco with a slight herbal edge. Flavors a refresh and fruit-driven with medium plus acidity and a generous sense of body. A gentle touch of tannin at the finish adds the slightest sense of length to the wine and helps it to pair with an array of foods. 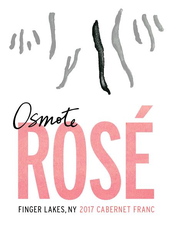 In 1950, with the first harvest, Pala began his adventure with wine amongst the rolling, vine-covered hills of Serdiana, an idyllic village located in southern Sardinia. With mild winters and warm, dry summers, this part of Italys second largest island is ideal for grape growing, with all the traditional varietals finding a special home here. Under the guidance of Mario Pala, the winery continues to be family-owned, where the value of tradition and the innovation of modern techniques are both significant facets of the winemaking process. Pala owns six different vineyard areas with a total of 68 hectares currently under vine. Each vineyard is planted with varietals that are chosen according to the microclimate and soil type of the individual site. A deep respect for tradition, special care and devotion to the vines and finally the production of great wines, have always been the fundamental philosophy of Pala. This dedication has resulted in wines of great character and elegance that are enjoyed by wine lovers around the world.Pala practices organic farming in the vineyard and does not use chemical pesticides or fertilizers.

The wine is composed of a blend of Monica and Carignano. Monica, indigenous to the Sardinia is has a similar profile to Pinot Noir in term of character and approach when drinking. The sea adds a little spice and hints Mediterranean herbs in the wine.

It’s macerated in temperature controlled stainless steel tanks with the addition of selected yeasts. After fermentation, a light clarification is followed by refinement in steel tanks and bottle.