We will have a double amazing tasting this weekend!On Friday we will have open 4 wines,A Pinot Noir from Oregon, a red blend from Spain, a white from the alps in France and a Pet Nat (Petillant Natural) sparking from France! On Saturday, we restart with our Saturday spirit tastings with Standard Distillery.

They will present the Standard Wormwood Rye and their tasty Agave + their new Vermouth!! Directly from Bushwick Brooklyn!!

Located 50 miles from both Italy and Switzerland, Savoie is known primarily for non-mainstream grapes Mondeuse, Altesse, Roussanne, and Jacquere. Jean Masson makes about ten wines on nearly 24 acres. His Traditionnelle Jacquère is hand-harvested, fermented spontaneously, their winery is located in Apremont. It is surrounded by most of their vineyards that extend on the northern slope of Mont-Granier, guaranteeing them maximum exposure to the sun.
Organic. 100% Jacquere. Hand-harvested from a vineyard planted in the late 1940s on hillsides in Apremont. Here the soil is nearly pure limestone, and the altitude is approx. 350 meters above sea level. With the Alps looming in the distance, the area has warm summers and very cold winters. The terroir gives wines of precision and minerality- an Alpine cousin to Muscadet. The grapes are hand-harvested, fermented spontaneously, then aged in steel on the lees over the winter. Bottled the following Spring.

Raphael Saint Cyr is the fourth generation vigneron at the Domaine de Bellevue, which was created by his great-grandfather Pierre Saint Cyr in Anse at the southern edge of the Beaujolais. When Raphael took over the winemaking in 2008, he let go of a large portion of Beaujolais vines around the winery, and acquired vines further north in the crus of Morgon, Regnié, Chénas, and Moulin-à-Vent. At the same time, he converted the entire 23 hectare domaine to certified organic viticulture, making Domaine de Bellevue the largest organic domaine in the Beaujolais. Unusual for the region, the crus are all single vineyard parcels, and the name of each terroir is listed with each wine. They are fermented in concrete tanks and then aged in used barrels for 12-18 months. La Galoche, the straight Beaujolais cuvée, is aged for 6 months in concrete tanks. All of the wines are vinified with natural yeasts.

Organic. 100% Gamay. Sourced entirely from a 8 hectare parcel in Anse, the vines are between 20 – 40 years old grown on clay and limestone soils. Direct press, cold settling. Fermentation started using native yeast in stainless steel and lasts around 1 month before bottling at low brix to capture remaining CO2 and create bubbles. No additives of any kind including SO2, and no filtration. Disgorged in Feb following harvest (disgorged after approx. 5 months in bottle). Approx. 830 cs produced. 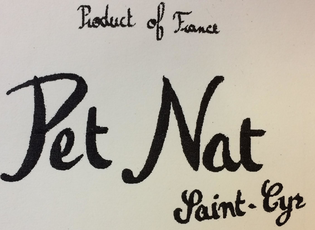 Organic. 75% Monastrell and 18% Syrah & 7% Garnacha. Sourced from a vineyard located on the Murcia Plateau, at an altitude of between 500-900 meters. The soils originated mainly from sediments of the Pliocene period (2000 million years ago). Hand-harvested and macerated 10 days before fermentation. Aged 12 months in oak barrels. It has a complex nose, first revealing sweet aromas of dried fruits such as figs, prunes and quince, along with vanilla, and then, as the wine opens out, giving way to more balsamic and even acrid aromas. 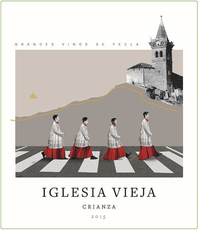 Grochau Cellars was founded in 2002 with the goal of producing wines true to their terroir with minimal intervention and manipulation of winemaking technique. Grochau Cellars is the project of John Grochau and his wife Kerri. After more than 13 years working as a sommelier in Portland, John made the leap into winemaking, first at Oregon pioneer Erath and then as Doug Tunnel’s assistant at the esteemed Brick House Wines for four years.
With vineyard selection, Grochau seeks out vineyards dedicated to non-interventionist farming techniques (organic when feasible, sustainably focused, environmentally sensitive) and work closely with the growers so that their fruit sources can become the wines Grochau strives to make. In the cellar the philosophy is pretty simple. As John says “Don’t screw it up. Resist the urge to do too much.” Modern winemakers have such an array of options available to them it’s staggering. Micro-oxygenation. Wine concentrators. Enzyme addition. Not to mention the temptation so many indulge to beat an otherwise fine wine over the head with a battery of new oak. Grochau eschews all this. Minimal handling, native yeast fermentation, no enzyme additions, minimal use of new oak: these are the hallmarks of their wines. Honest, accurate, true to their roots and to the wonderful subtleties of vintage variation.
Sustainable. Sourced from 8 different Willamette Valley vineyards, all farmed organically or sustainably, with an emphasis on the more floral, delicate side of Pinot Noir. Hand-picked, sorted, and de-stemmed and placed in stainless steel for a 4 day cold soak. Native yeast fermentation with no additions. Aged for 7.5 months on its lees in 90% used French oak and 10% stainless steel and then racked directly to tank just prior to bottling.
TASTING NOTES: A nose of kirsch, bring cherry and notes of lavender and violet. Bright and juicy on the palate with tart cherry, cola, baking spices and earth. Lingering finish with good acidity. 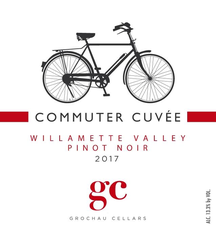 The distillery is founded on experimenting with wormwood spirits. Early on in their trials, wormwood was an illusive banned ingredient, best known for its use in traditional absinthe. On their first distillation they fell in love with more than the myth though, the subtle lucid wakeful feel was unlike any other spirit. Unknown to their at the time, spirits with wormwood were nearing the end of a century old ban.
Only making small batches, hand-made still and using a grain-in-column distilling technique makes for a completely crafted method that they use to this day at distillery in north Brooklyn on the border of Bed-Stuy and Bushwick, a short walk from where they started experiments in the mid 2000s. The grain come from upstate farms where they grew up around, the same region where they source all local organic NY grains from and grow their own wormwood. It makes the spirits smooth at 90 proof with distinct layers and complexity that continue long into the finish of every sip. This is the standard distillery – pushing the boundaries of classic liquors by redefining and reinventing the craft of what wormwood spirits can be.
Notes of rye spiciness and smoky oak- no water and no sugar is needed, and no anise or licorice is used. Crafted over a decade, bottling the feel of absinthe and the heart of rye. The wormwood spirit is a complex and perfect go-to drink that redefines what wormwood spirits can be. Substitutes uniquely for classic whiskey cocktails because of the grain and oak aging.

NotesUsing a Whole Agave, hearts and leaves, and smoking it with pineapple and pumpkin seeds we have created something new here. An agave spirit with similarities to tequila and mezcal but distinctly wormwood influenced with a corn thin mash fermentation. There is a balance with the smoothness of a tequila and finish of smoky mezcal, the wormwood rounds out the spirit while creating a complex front, middle and finish. We brought up whole agave from Texas to make this limited release. Spicy fresh cut pepper notes come through on the nose and are balanced with a deeper smooth body and a smokier finish, a distinct variation on agave spirits.

Our Artemisia Wermut is a balanced Rose wine from the NY Finger Lakes fortified and aromatized with our unique wormwood spirit. Vapour distilled with citrus peels and baking spices, then finished with elderberry and southern wood for a structured semi-sweet vermouth. The southern wood adds aromatic herbaceous notes to a berry forward body that borders the perfect line between a sipping and classic cocktail vermouth.