Come this Friday, We will have open to taste 2 wines from Italy and 2 wines from France!
From Abruzzo, Italy a Trebbiano white and a dark Montepulciano rosé
From France, a Beaujolais rosé and a red blend, Grenache, Carignan, and Syrah grapes from Languedoc-Roussillo!

AREA UNDER VINES
35 hectares
TERROIR
Calcareous clay soil
GRAPE VARIETIES
100% Trebbiano d’Abruzzo
VINFICATION :
After harvest the wine undergoes a static decanting of the must followed by a soft pressing. The fermentation is carried out in temperature controlled stainless steel vats.
TASTING NOTES:
The wine is straw yellow with slight glints of green. The aromas are fine and floral with touch of apple following through on the palate.
SERVING SUGGESTIONS:
Stands perfectly well on its own, but also pairs well with light white meats, oysters, and other fish dishes. 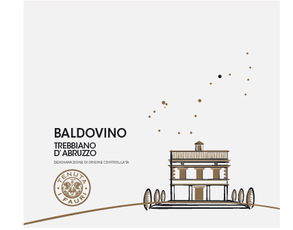 Tenuta i Fauri is not simply the brand name of a company, it is first and foremost a family, dedicated to wine production for many years, testifying to this is the vaguely ethylic nickname that has accompanied the estate for generations, the mark of an ancient vocation: Baldovino.

A challenge and a way of life: These are the driving forces behind owner and winemaker Domenico Di Camillo. His children have inherited this passion and continue to carry on his legacy.

The winery is located in the heart of the province of Chieti, amid the hills that drop gently down from the Majella Mountains to the sea. The thirty-five hectares of vineyards, cultivated in a suggestive and happy framework, produce sincere and elegant wines that lead back to the areas of origin and maintain, unaltered, the characteristics of the varieties.

Château du Châtelard is situated in the heart of Crus du Beaujolais between Fleurie and Morgon (20kms South of Macon). Rebuilt during the 18th and the 19th centuries, Châtelard is a “poype” (building situated on a hill and surrounded by ditches). Its arched caves are the only vestiges of its 12th century origins, destroyed by a fire. At that period of time, the abbey of Tournus monks were shaping the terroir and defining the parcels.

The vineyard and the winery were mainly established before 1955 and the 28 hectares of vines are set in beautiful rolling Beaujolais countryside. There are few to possess a rocky chalk-clay soil for the whites, explaining their finesse.

SOIL TYPE:
Clay-Limestone YIELD:
40 to 50 hl/ha
VINIFICATION :
A minimum of 12 days vatting with temperature control and immersion of the bunches. Pressing at very low density to encourage optimum extraction. Maturing in tank ( 95%) and oak barrels (5%) for 10 months.
TASTING NOTES:
With a coral pink color and silver glints, this rosé expresses aromas of little black red fruits with a note of pear. The attack on the palate is tender and gourmand with an acidulous and peppery touch on the finale. This rosé really is a treat.
SERVING SUGGESTIONS:
Great as an aperitif, with salads, and summer meals. 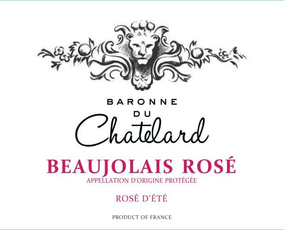 La Préceptorie was created in 2001 following the collaboration of the Parcé and Legrand families of La Rectorie in Banyuls, and winegrowers living in Maury. Sixty kilometres separate the two estates and the grapes from each are fermented separately. All the vineyards at La Préceptorie are located on the Maury appellation. The most western patches (Les Terres Nouvelles) in the village of Saint Paul de Fenouillet, on the road to the Ariège, have a schist soil ideal for the dry white wines from the Grenache Gris vines.

The cellar is located on a flat hill top that overhangs the southern part of the Maury valley, in a village formerly called Centernach. It used to be owned by the Knights Templar, hence the name of this young estate : La Préceptorie. (A Préceptorie is the name given by the knight’s templar to a foundation). At the Préceptorie they make white and red Côtes du Roussillon wines, fortified Maury wine, and also Vins de Pays.

APPELLATION
Maury
AREA UNDER VINES
35 hectares
TERROIR
Located 60km north west of Banyuls, the terroir has more altitude, less spray, schist, clay and limestone soil. Yield is 17hl/ha.
VINIFICATION :
Fermentation in tank, 15 days of maceration
TASTING NOTES:
Deep red wine, intense nose and deep with aromas of fresh figs and plums. The palate is dense and long with brawny and tangy fresh fruits with soft tannins and a hint of cassis on the finish.
SERVING SUGGESTIONS :
Meats with sauce. 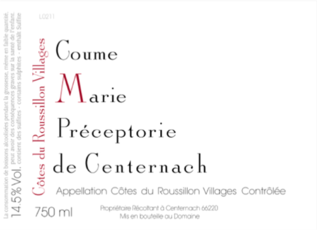