Come to our tasting on Friday and get prepared for Valentine’s day!!

We have the perfect gifts: wine, local spirits and gift cards!
We will have open 3 wines: a white from the South of Italy, volcanic soil, Falanghina grape; two reds, a Piedrosso grape from Campania (Italy) and a juicy Cabernet Sauvignon from California!
Tasting time: 6:00 to 9:00
See below for full Tasting information:

A great tradition of five centuries

The Mustilli family arrived in Sant’Agata dei Goti beginning of the ‘500: came from Ravello, then citizen of the glorious Republic of Amalfi, and chose the Sunni village as new work the land.

The wine culture is intertwined always with the family history as still document the extraordinary wine cellars dug into the tuff in the family mansion where fine wines are aged. The corporate philosophy ‘to safeguard the typical local production and spread the culture of food, to a knowledge of the good things of the earth, looking for a healthy way of life.

In the 70 Leonardo and Marili Mustilli decided to renew the family tradition of growing grapes and planted in the hills of Sant’Agata dei Goti indigenous grapes of Campania such as Falanghina, Greek, Aglianico and Piedirosso, then abandoned or replaced by so-called varieties International.

The Falanghina Mustilli of 1979 and ‘was the first to Falanghina world vinified and bottled in purity. With this bottle began the great adventure.
Until 2001 vinification took place in the ancient cellars of the Palazzo Mustilli, dug into the tuff to 15m depth ‘, in the historic center of the city’ di Sant’Agata. Today these beautiful cellars are engaged largest area of aging in wood, and the wine is made in a winery equipped with the most ‘modern technologies. The Paola daughters and Anna Chiara, working full-time in company; Amy manages the business aspect and communications, Anna Chiara the management of the vineyards and the cellar. Wine enthusiasts visiting the wineries in the historic center of the city ‘are welcomed in the family mansions, home to the farm and wine bar with live music ” The Mustilli Cellars “. The genuine taste of traditional cuisine are revisited personally by Marili, a skilled cook and perfect hostess and very well accompany the DOC wines.

Leonardo Mustilli in 1976 realized before anyone else the potential Falanghina grape vinificandola in purity. Today it is among the most ‘representative realities of the South and since then Mustilli it sets out a shining pearl in Sant’Agata dei Goti subzone

VINIFICATION  Grapes of vineyards Presta, Cesco of Pozzillo and Nece in the municipality of St. Agatha of the Goths, selected and harvested by hand. Fermentation in steel vats at a controlled temperature of 15 ° C for about two weeks. Aging in stainless steel with regular lees stirring. 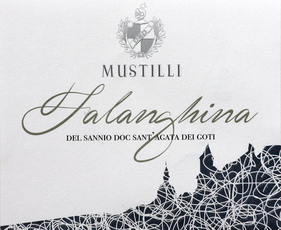 It is a pure and impeccably crafted expression of one of southern Italy’s Pliny the Elder-era grape varieties, Piedirosso, which you don’t see in ‘varietal’ form very often. At just $20, it pulses with energy, tastes like a place, and gets better with time open. It’s a no-oak, no-nonsense expression of the volcanic tuff of the Benevento province, in north-central Campania, where its hometown of Sant’Agata dei Goti is located. I once got my car stuck in an archway on a narrow street in Sant’Agata dei Goti (one of those Italian towns that looks like it grew out of the yellowish rock on which it sits) while on my way to visit Paola Mustilli, one of the two sisters who run the historic and exquisitely restored Mustilli winery. In the years since, I’ve watched their wines get better and better—cleaner, deeper, more polished, without losing their terroir character—and this 2017 is the best Piedirosso I’ve ever tasted. If that’s not enough for you, I’ll take it a step further: Pound for pound, it’s probably the most memorable and satisfying Italian wine I’ve had in a long while. I want in on tap at my house, but in the absence of that I’ll hoard some bottles instead. You really should do the same!
The Mustilli family traces its roots in Sant’Agata dei Goti to the 1500s, but in the modern era, it was engineer Leonardo Mustilli who officially launched the family wine brand in the early 1970s. Headquartered in a historic palazzo, Leonardo and his wife, Marilì, revived vineyards in Sant’Agata dei Goti (and effectively turned it into their monopole) and were the first to vinify the white Falanghina grape in varietal form. Eventually, control of the wine operation passed from Leonardo (who passed away in 2017) to Paola and her viticulturist/winemaker sister, Anna Chiara. The old palazzo is now a beautiful agriturismo and its cellars, hand-excavated from the local tuff (tufo in Italian), serve as a barrel room for aging reds. Anna Chiara farms the family plots organically, and shows a deft touch in the winery—this estate, now operating out of a more modern facility, has really come into its own.

The name Piedirosso (“red feet”) came from Roman writer Pliny the Elder in his Naturalis Historia, referring to the red stalks of the variety’s grape bunches. Although there’s no genetic connection, Piedirosso often feels like a less-intense version of Aglianico: there’s dark berry fruit, spice, tannin, and a hint of smoke. Mustilli’s 2017 has a deeper color and more fruit character than most Piedirosso I’ve tried, without losing the volcanic minerality that is a varietal signature.

Today’s 100% Piedirosso from Mustilli carries the Sannio DOC appellation, which encompasses vineyards in and around Benevento, where the local landmark is a 4,500-foot limestone massif called Monte Taburno—an outcropping not dissimilar to some of the limestone-rich roches (Solutré; Vergisson) found in Burgundy in France. The soil composition of the surrounding area is mostly tuffaceous (i.e. volcanic) limestone, which lends reds and whites alike a distinctive crunchiness, freshness, and deep mineral footprint.

Fermented and aged in stainless steel, Mustilli’s 2017 Piedirosso delivers a level of old-vine depth and fruit purity that is above and beyond the norm for the category. In the glass, it’s a vibrant ruby red with hints of purple and pink, with lively aromas of black currant, black raspberry, pomegranate, violets, black pepper, and a hint of resin and ash. It is medium-bodied and loaded with mouth-watering freshness, with enough tannic bite to take on a grilled steak. For those unfamiliar with this grape/place, think of more structured examples of Cru Beaujolais or maybe a classically styled Dolcetto from Italy’s Piedmont. It is ready to drink now and over the next few years, and as I said above, it only gets better as the night goes on—although, if there’s anyone besides yourself on the bottle, prepare for it to disappear quickly. Serve it at the cooler end of the 60-65 degree spectrum to soften its acidity and accentuate the dark fruit, and pair it with burgers, short ribs, baked pastas, and the like. It’s not a big wine, but it has backbone.VARIETY  100% Piedirosso

WINE MAKING AND AGING  Vineyard Grape Pozzillo in the municipality of St. Agatha of the Goths, selected and harvested by hand. Fermentation in stainless steel at a controlled temperature for about two weeks. Malolactic fermentation and subsequent maturation always in steel vats. 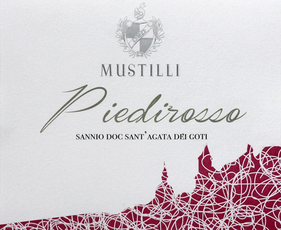 Grape: Cabernet Sauvignon
Geography: California, United States
Appellation: Mendocino
Oracle Cellar’s is a collaboration between Communal and a family winery with a long history and deep roots in California. After immigrating from Italy and spending many years farming in Sonoma County, they were able to purchase a plot of land in Mendocino. It was there in 1943, that they planted their first vineyard. The estate has now grown to 400 acres of excellent sites in southern Mendocino County and is still run by the same family with the help of winemaker Hoss Milone, who also has deep roots in Mendocino. He is a 4th generation winemaker and it was later discovered his grandfather actually tilled the land for that original 1943 vineyard. That is a collaboration born out of fate. This, in addition to the family’s passion and skill for making incredible wines in Mendocino, made them the perfect partner for Oracle Cellars. The family’s Italian roots conjured up images of the land where Ovid wrote his magnum opus “Metamorphoses” in which the Oracle of Apollo gives the order to seek “your ancestral lands.” Fate…Carbernet Sauvignon The fruit is carefully harvested, then partially destemmed and allowed to soak for 72 hours. Fermentation takes place in temperature controlled, stainless steel tanks. Pressed to tank and allowed to settle. A portion of the wine is then racked off into new oak and aged for 12 months. The result is a perfect expression of Mendocino’s distinct character or concentrated fruit and complex layers. 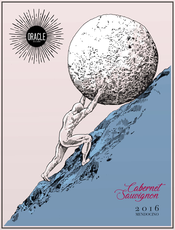