The Holidays are here and it’s time to celebrate!
Holiday parties! Office parties, Secret santa!
We have loads of great wine to choose from and unique, local NY spirits for all occasions!

On Friday we will have open 4 wines,
#2 reds, a Chianti classic from Italy, a Bordeaux blend from France, a white blend from Jura, France and a Sparkling from France for celebrations!

On Saturday for our local spirit Fall series we will showcase the local New State Sunshine Whiskey!

Pierre-Yves Latrille, an agricultural engineer, bought the estate over 40 years ago. The land was fallow, but he found the site so delightful, so peaceful, that he felt compelled to undertake the labour of love that transformed this wilderness. Marion Latrille joined her father on the estate in 1999 and now runs the estate with her two nieces, Claire and Camille Bessou
AREA UNDER VINES
32 hectares
TERROIR
Soils are a blend of clay and limestone. The vineyards are planted on the South/Southwest exposed slopes at an altitude of 340m.
GRAPE VARIETIES
60% Gros Manseng
40% Petit Manseng
VINIFICATION :
After full de-stemming, the grapes undergo a pre-fermentary pellicular maceration followed by a cautious pressing. The racking of the must occurs at low temperature, and alcoholic fermentation are initiated. All the vinification process occurs in temperature controlled stainless steel tanks. The wine rests until the following summer before being bottled and marketed.
TASTING NOTES:
A bright yellow color with greenish tints. The aromas are fine and intense, reminding both of lowers and fruit, honeysuckle, jasmine, grapefruit, citrus, and fresh grapes. On the palate, the wine is fresh, fruity and rich at the same time. The finish is long and fleshy.
SERVING SUGGESTIONS :
It is best enjoyed when served between 10° and 12° C with fish dishes and cold sliced meats. 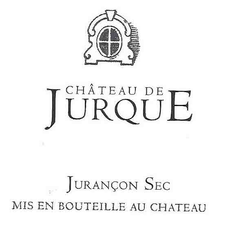 The Tenuta San Jacopo winery was in a state of disrepair, its old vine Sangiovese, Canaiolo and Trebbiano vines lying uncared for, until 2002. Then three wine-loving brothers from Milan purchased the property and set about restoring it to its former glory.

Located in the dry hills between Florence and Arezzo, this mid-sized property is planted to 38 ha (93.9 acres) of vines, with another 20ha to old olive groves. Portions of the vineyards were replanted after the purchase, while the older, healthier vines were tended to and brought up to modern standards. Certified Organic methods are used to take care of the land, the vines, and the grapes. These are then hand-harvested in small baskets, then sorted again at the winery and destalked before going into stainless or wood fermentation tanks (depending on the cuvee). The end results are lovely, earthy old-school renditions of Chianti. 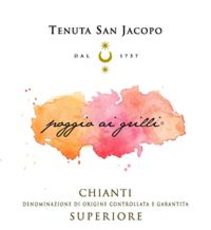 The first pages of Dauzac’s history were written as early as the 16th century.
Shaped by visionary men, Dauzac is one of the oldest vineyard estates in Médoc. At Dauzac, it is as though time has been suspended, dripping away slowly as in nature. Beyond fashion and trends, the estate cultivates its precious legacy, halfway between tradition and modernity.

ADDITIONAL INFORMATION:
Derived from terroirs outside of Margaux, its specifications meet the same standards for virtuous and respectful wine-making that are applied at Château Dauzac. Bordeaux de Dauzac is vegan, i.e. it was free of products of animal origin. The property innovated by replacing traditional egg white with a plant paste in the fining phase.
VINIFICATION:
Fermentation in stainless steel vats is followed by one year of ageing in vats and barrels. Ageing: 100% in barrel including 20% of new barrels.
TASTING NOTES :
The blend of Cabernet Sauvignon and Merlot makes this nicely balanced wine that is full bodied and delicate in the mouth. The smooth and refined tannins are in keeping with the spirits of the greatest Bordeaux wines with a generous finish.
SERVING SUGGESTIONS :
Red and white meats, game, and cheeses 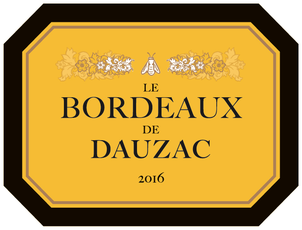 VINIFICAITON :
The effervescence is the result of a second fermentation in closed vats, obtained thanks to selected strains of cultured dry yeast from the Oenological Institute of Champagne. This natural process is all temperature controlled to guarantee the best quality. During the fermentation, the wine is pumped over the yeast at regular time. It is then aged “on lees” which gives the wine its unique aromatic structure and depth. The addition of the expedition liquor and a strict filtering complete the bottling process. Louis de Belair rest at least another month in our cellars before shipment.
TASTING NOTES :
Louis de Belair has light and lively bubbles. It is brilliant in appearance. Citrus and golden apple on the nose, it also develops aromas of bread dough and a hint of honey. Quite dry but bold with a good linger and depth. 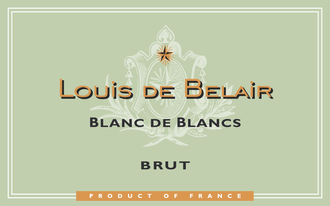 Sunshine Reserve has been specifically crafted to be a hybrid between a Bourbon and a Single Pot Still Irish Whisky in terms of flavor. As a result, it has the dominant caramel and vanilla flavors of a Bourbon, but instead of having Bourbon’s heavier oak and smoke flavor, it has the soft smoothness and light fruit notes of an Irish Whisky.

– Aged primarily with toasted oak instead of the more traditional charred oak. This gives it lighter, brighter vanilla flavors like marzipan or creme-brule and reduces the heavy oak and smoke flavors typical of Bourbons.

– Aged at a lower proof than almost any other American Whiskey on the market (around 110 proof), which gives it a softer, sweeter flavor that has less spice and dark wood to it than other Whiskeys that are aged at a higher proof.

– Unique, four grain recipe is primarily based on Oats, which give the Whiskey its signature floral softness. The remaining 3 grains, Rye, Spelt, and Malted Barley, provide the Whiskey with mild cinnamon spice and maltiness that balance the Oats perfectly and create its wonderful complexity.