Spring has arrived and we celebrate it here!
On Friday we will have open 5 wines, From Austria, Lebanon, Croatia, Italy and France!
On Saturday we will have a special event with Mead wines, Super tasty for the Spring time!

Loimer Rosé comes from biodynamically-farmed vineyards near the village of Langenlois in the Kamptal region. Whole clusters of Zweigelt and Pinot Noir are macerated on their skins for up to 48 hours, then fermented dry with indigenous yeasts and aged in stainless-steel tanks for four months before bottling.

Zweigelt gives this rosé a soft and fruity character with aromas and flavors of red cherries, plums, and Red Delicious apples. Pinot Noir contributes to the wine’s aromatics, lending floral and herbal aromas in addition to refreshing acidity.

The refreshing character of Loimer Rosé with its bright acidity and a moderate level of alcohol make it the ideal partner to picnic fare, grilled foods, and Asian dishes. Serve this wine with a watermelon and feta salad, BLTs, seared tuna, or grilled sausages.

Bruno Trapan grew up steeped in the wine trade. When he was a young man, he entered enology school in Porech. While he was attending enology school, he felt that something was missing. Specifically, he was standing in a vineyard looking across the vines that he had just trained when he came to a stark realization: winemaking is as much a reflection of the land as it is a reflection of the winemaker’s potential. So, while he saw that the university was seeking to unlock his potential as a winemaker, he embarked on his own quest to unlock the potential of his soil. When he was finally happy with his use of the land, he came to another quandary. He knew that the idea of terroir fused winemaking and land, but, as winemaking is a regional and historical practice, he came to believe that to really achieve his winery’s potential, he had to delve deeper into Istria’s cultural and agricultural heritage.

Teran in the Trapan wine station flows from the tap, is in the bloodstream of the winemaker and so it’s the only ingredient of this monovarietal sparkler. Melted raspberry jelly candy mixed with smoked salmon is what you see in the glass.

Fragrant raspberries vinosity wrapped in violet petals, which dominate the brioche and make this sparkling aperitifly dominant. Teranic blood, without sweat, and with tears of salinity, caress the mouth and sings in a hedonistic sunset of old Istrian, teran varietal, Mediterranean, cheerful wine.
Pairing (recommendations): Aperitif wine, which will force you to look for food, and then pair very well with the first part of the menu, especially the cold appetizers of meat, fish and vegetarian particular
ingredients. Fish & Chips – potato chips with anchovy fillets, Bruschetta with chicken liver pate, raspberry jam and caprese salad, are good examples.

Lorenzo Picollo founded the winery in 1945. Today, Lorenzo’s son Ernesto takes care of the winemaking, and Ernesto’s son Gianlorenzo manages the vineyards. The vineyards lie mostly in Rovereto, Italy with four additional acres in Tassarolo, which is used for the production of their basic Gavi. Ernesto is very careful to give maximum expression to his vineyards and to the Cortese grape. The soil of the region is a mix of sand and clay. Their range of wines includes two Gavis – the basic Gavi and Gavi del Comune di Gavi Rovereto. Fermentation is in stainless steel and malolactic is allowed, but on a limited basis.

100% Cortese di Gavi grapes. The fruit comes from a new vineyard in the hills of Tassarolo. The grapes are softly pressed in a new pneumatic Willmes press. Fermentation takes place in temperature-controlled stainless steel tanks and lasts around three weeks. There is no malolactic fermentation. Once settled the wine is bottled and released after an additional period of rest in the bottle.
Notes
Straw color with aromas of summer stone fruits and white flowers with a fresh and clean spicy finish. 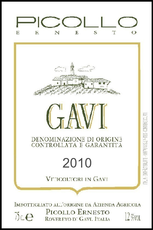 The vineyard of Château de Lascaux is family ran. With 20 hectares in 1984, it now covers almost 85 hectares of vines surrounded by 300 hectares of scrubland. The vineyard is fully integrated with the rich natural environment of incredible biodiversity protection and giving it diversity of expression. All this gives the quality and originality that make the reputation of Château de Lascaux

The vines have been harvested around the Pic Saint Loup since Roman times, as in most of the Languedoc region. The fall of the Roman Empire led to the decline of the Languedoc vineyards, until the Middle Ages. The Languedoc enjoys a cool Mediterranean climate, with significant rainfall ( 900 mm / year ) of contrastrées temperatures and distinct seasons. The temperature ranges between day and night is important. The reliefs in the scrubland mitigate the effects of the Mistral and winds from the south.

The quiet isolation of this part of the region, coupled with its proximity to both the sea and the mountains, makes this microclimate so unique. Nestled along the foothills of the Cevennes, a mountain range that sits in the heart of the Midi the vines are protected from the cool Mistral and Tramontagne winds, and bring more rain to an otherwise dry climate.

The stony soil lends finesse and freshness to the wines of Jean-Benoît Cavalier, giving the reds greater ageing potential than Syrah-based wines grown in other Languedoc soils. The proliferation of garrigue certainly is reflected in the aromatics, where notes of laurel, thyme, rosemary, réglisse, and mint are present in the wines.

Jean-Benoît is passionate about supporting the richness and diversity of this ecosystem, and the conversion to biodynamic and organic farming was a logical progression for the future of the vineyards and expression in the wines 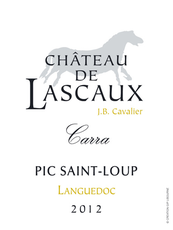 Founded by Gaston Hochar in 1930, Chateau Musar is Lebanon’s premier estate. This 371 acre property is located in the Bekaa Valley, 15 miles north of Beirut in Ghazir. The Houchars cultivate indigenous and international varietals – Cinsault, Carignan, Cabernet Sauvignon, Syrah and Grenache as well as Obaideh (a native of Chardonnay), Merwah (a native variant of Semillon), Chardonnay, Viognier and Vermentino. The vineyards are planted on a limestone bed with gravelly top soils and are certified organic by the Mediterranean Institute of Certification (IMC). The white vines are 100–150 years old and planted at 4,000 feet, the reds at 3,280 feet. The altitude and the Mediterranean climate serve to lengthen the ripening process which helps produce fruit of superior quality.

In spite of the civil war that tore the country apart from 1975-1990, the Hochars have consistently produced exceptional wines, bar the 1976 and 1984 vintages when no wine was made. Serge, Gaston’s eldest son has been the winemaker at Musar since 1959 and was as “Man of the Year” in 1984 by recognized by Decanter Magazine. Serge’s brother Ronald manages the business side of the winery along with Serge’s sons Gaston and Marc. Ronald’s son Ralph works with in Chateau Musar’s UK office. The Musar wines are unique, long-lived reflections of terroir that often reveal their best, 20-30 years after bottling.

This vintage is a deep burgundy red with an attractive red cherry and violet aroma. Juicy, sweet summer fruits; raspberries, black cherries with hints of elderberry and hibiscus dominate the palate which is beautifully balanced with soft tannins and fresh underlying acidity and incenselike spice. 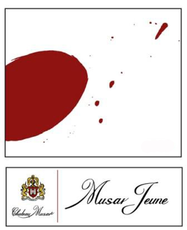 Discovery, Meridian Hive has created something that works so well, but it’s so simple, it drives people crazy how they do it. This is a session mead that other mead makers across the country have tried to emulate + recreate, but haven’t. The ingredients are water and orange blossom honey. Water + honey. That’s it! Nothing to hide behind. It’s like the Eiffel Tower; naked. Yet it presents an intricate combination of varying elements, while remaining light + crisp. On the nose, it’s like running through an orange tree grove. You’re not smelling oranges directly, but you know they’re in the vicinity. On the palate, it exudes a full-bodied honey flavor profile, with notes of citrus, minor acidity, and a subtle sweetness. “It’s the simple things in life”

“Sitting in an English garden waiting for the Sun.” Lyrics sung by John Lennon on the Beatles’ track I am the Walrus. If you find yourself sitting in an English garden and the sun’s arrived, New Day Craft’s Lavender Lemon Mead Spritzer is the fermented beverage of choice such an occasion. Floral. Crisp. Light. Pitch perfect bubbles. Easy and breezy. The lavender makes no mistake in announcing itself. It’s like a lavender bouquet has enveloped your senses, with hints of lemon and honey breaking through. On the palate, stimulating floral accents with a soothing lemon citrus taste bypass any harsh sourness, culminating with a refreshing almost tea-like finish. Get the croquet set out, or sit back in that lawn chair and take it all in.

At its most rudimentary level, mead is water + honey, and Sap House has taken this most special and ancient combination and made it their own with Traditional Mead. Up to this point, some people that have tried mead maybe once before have told us that it’s not their thing as the one they tried was not great. Candidly, we already knew this would be an issue as a lot of the traditional meads widely available today in the broader U.S. marketplace tend to be overly sweet, and made by producers that don’t use the best honey sources. Traditional Mead is the antithesis of this. A beautifully balanced and off-dry mead that’s splendidly smooth. A supple hint of residual sweetness from the honey, and just a smidge of heat on the back end make this mead the full monty. So, if you’re part of, or have friends of the demographic mentioned above, get off the high horse and try one more mead.